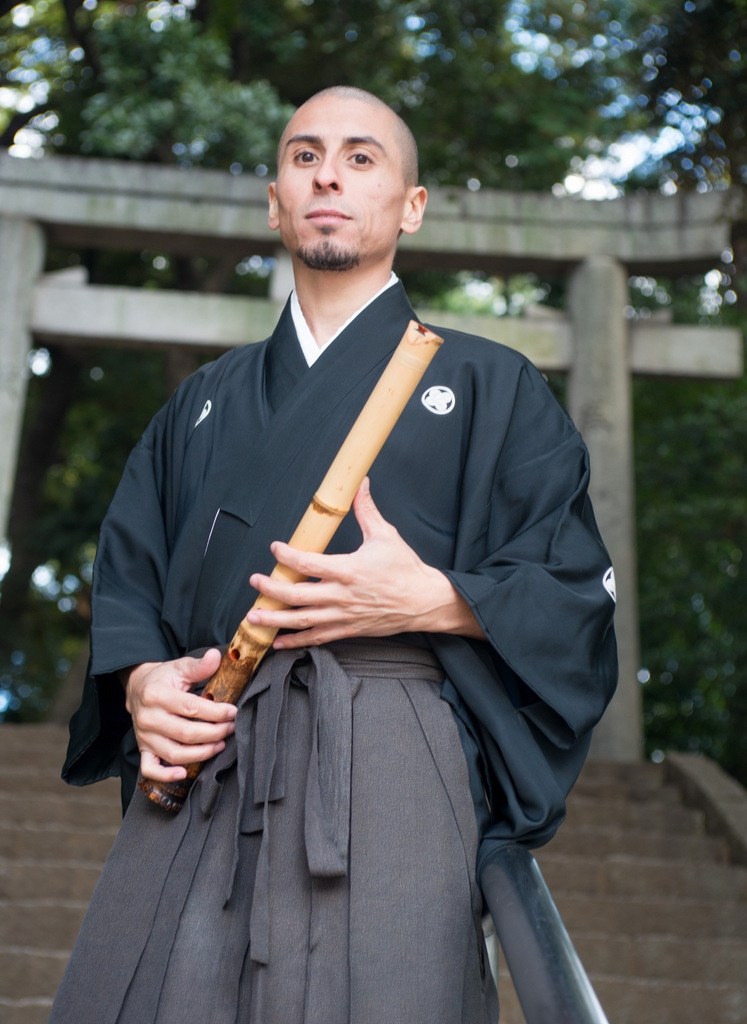 Born in Argentina (1978). Rodriguez arrived to Spain in 1986, where he spent most of his childhood. At an early age, he began to study modern and classical music.

Between the years of 1993-1999, Rodrigo tutored at home enrolled with several teachers of classical guitar until he was 22 years old. Rodrigo's professional music career began in Spain. It was there that he discovered his first asian instrument the Shakuhachi flute.

Fascinated by Japanese music, he travelled to Japan several times to enhance his knowledge. He studied classical and traditional Japanese music under the lineages of Katsuya Yokoyama with the Master Kakizakai Kaoru in the International Shakuhachi Kenshu-kan School. His interest in traditional and ethnic musical instruments began before he reached his teenage years.

As a young child, Rodrigo had a vision for imitating the music and sounds he heard in his mind. His many and diverse travels enabled him to acquire a rare collection of experiences from which to create his unique compositional language.

In 2006 several compositions from his album "Inner Thoughts" were licensed, arousing the interest of a well known record label, Gemini Sun Record based in Los Angeles, CA. Rodrigo's compositions can be divided into three basic categories: New Age, World Music and Contemporary Music.

In recent years he has performed numerous concerts in both the West and the East, at legendary stages like Imperial Hotel Tokyo and NHK Culture Center of Japan.

In the late 2009 Rodriguez started to study with the renowned master of Japan's leading players of shakuhachi Miyata Kohachiro,interested in Contemporary and Koten Shakuhachi. Rodrigo showed deep interest and dedication to Miyata's compositions and repertoire.

Thereafter, he resolved to study all types of traditional Japanese music, paying special attention to the differences between the two very different musical traditions.

In 2011-2012 he received invitation from Ministry of Culture of the Russian Federation and the Tchaikovsky Conservatory to perform in the XIV International Music Festival "The Soul of Japan" ("NIHON-NO KOKORO") in Moscow.

On February of 2018 Rodrigo released his eighth album "The Classical Music Legacy of Japan", Rodrigo selects an expanded repertoire of classical music from Japan. Also including the well-known Spanish master piece Concierto de Aranjuez for Classical Guitar and flute Shakuhachi.

On April of 2018, Rodrigo performs for the first time in New York, invited to play at the Brooklyn Botanical Garden Festival, Sakura Matsuri (festival).